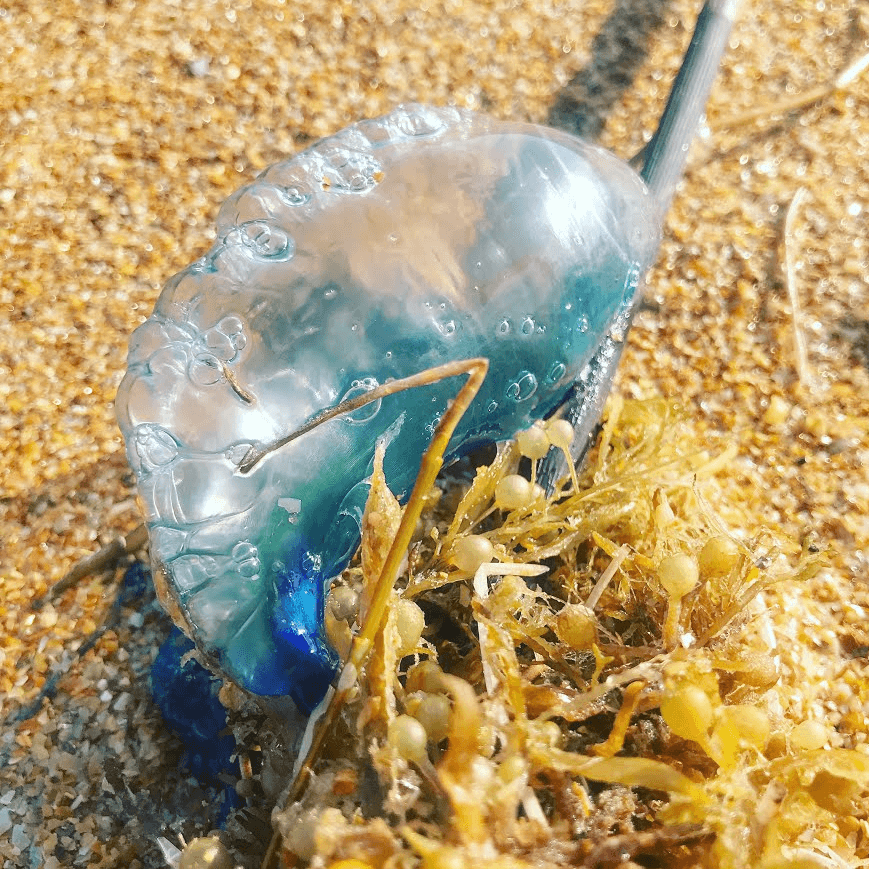 Flagler Beach is a seaside town of a few thousand tanned, happy people. Maybe the 7-mile strand of coral-coloured sand has something to do with that. We stopped for an hour or so to shake off our car legs—happy we did!

We saw something weird while we were there: little blue balloons washed up on the beach. Turns out, they are Portuguese Man-O’-War “siphonophores” (often confused for jellyfish because they have stingers). Also called Bluebottles, they look like the sort of thing that punishes curiosity. So we didn’t touch. Which was the right call because they sting and they’re venomous. Death from a Man-O’-War sting is but excruciating.

Despite all that, from a distance, siphonophores are SUPER COOL! 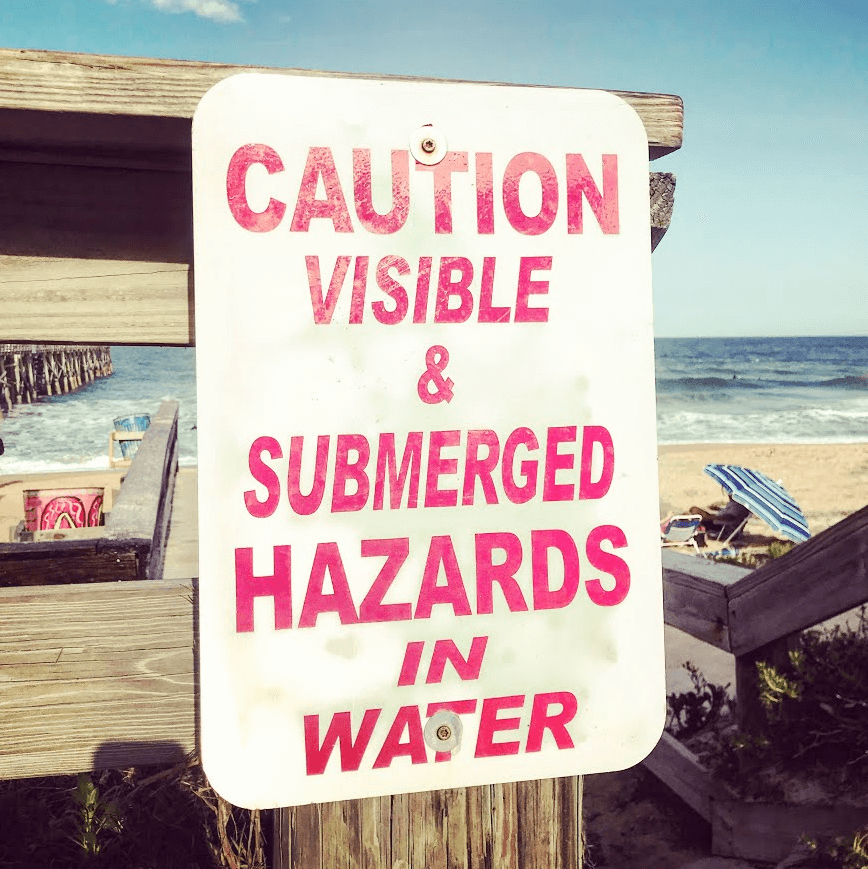 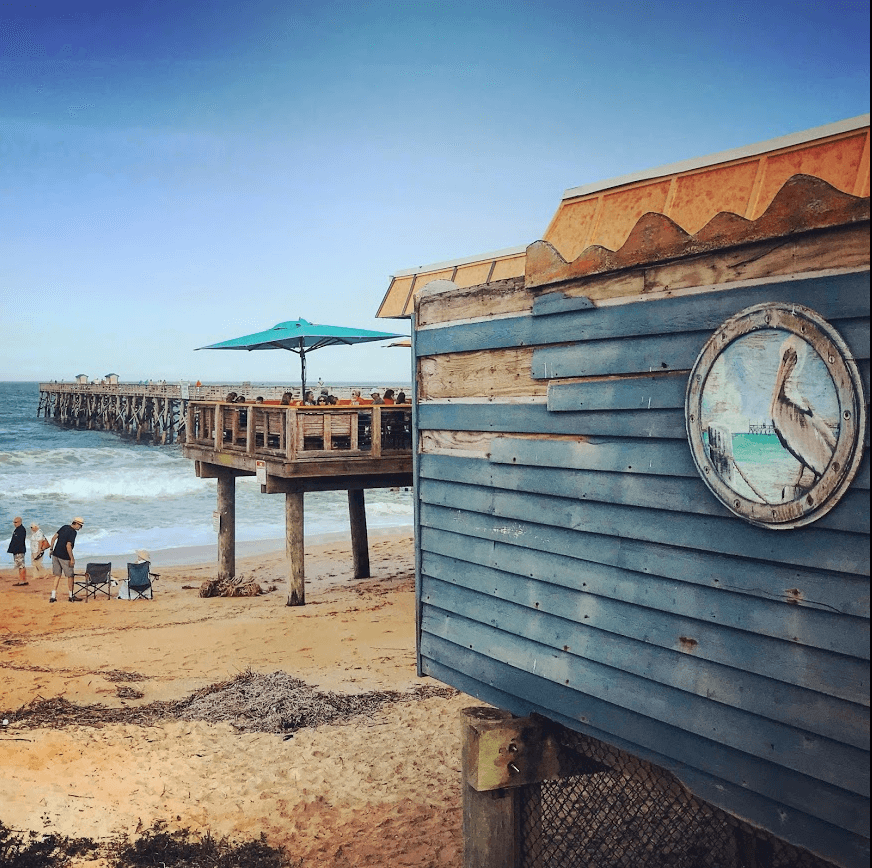 LEFT: Caution sign at Flagler Beach that we didn’t think much about until we saw stinging Bluebottles on the sand. RIGHT: The Funky Pelican Restaurant at the base of the Pier.

Flagler Beach has sun-bleached walkways and stairs to get you from the road to the ocean. We put our towels on big chunks of coral scattered like boulders at the foot of the dunes. Then we splashed in the waves forgetting about snow. 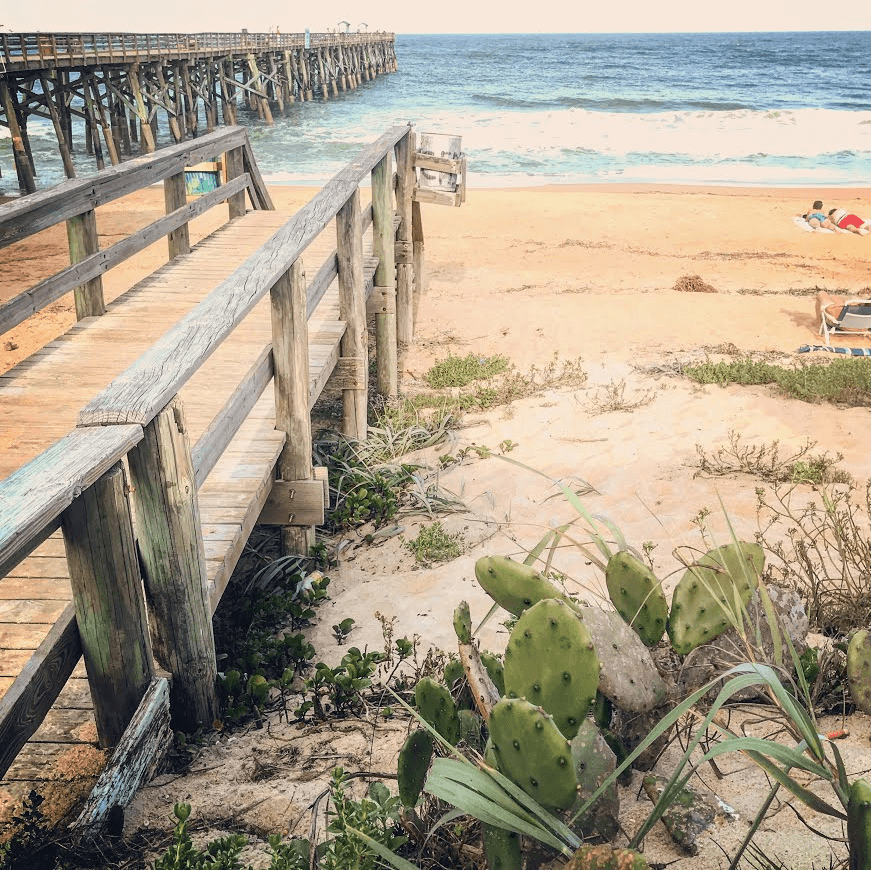 Prickly pear, sea grape, and scrub grass growing happily in the dunes along the highway. Beach access on old sun-bleached staircases. The pier in the distance. 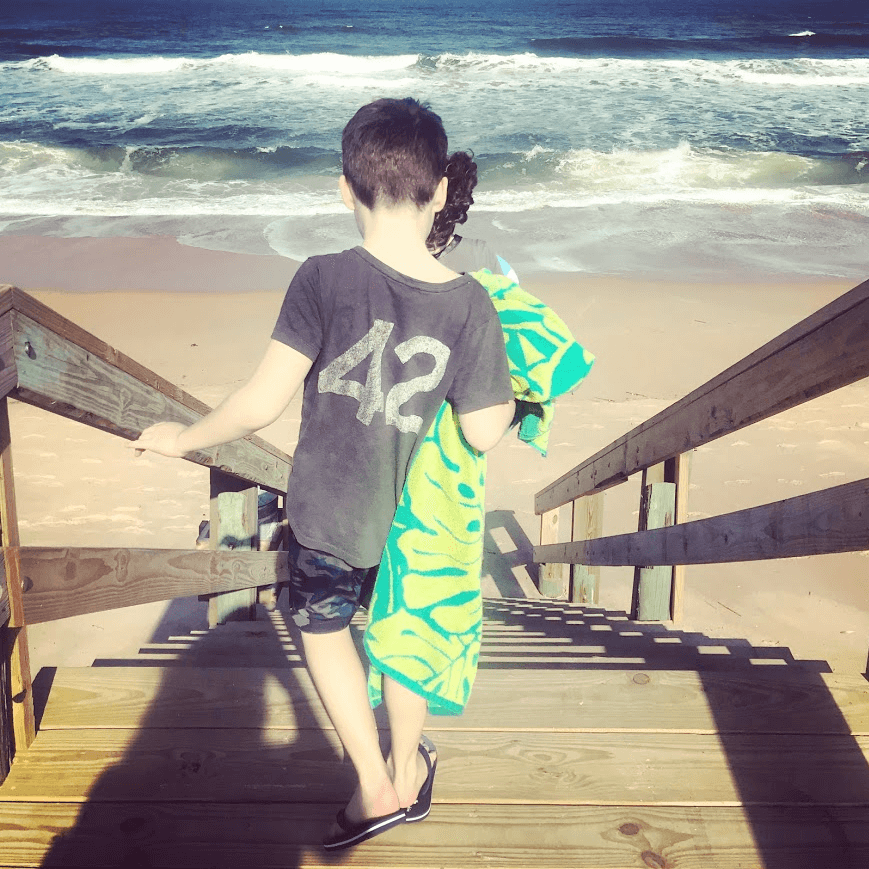 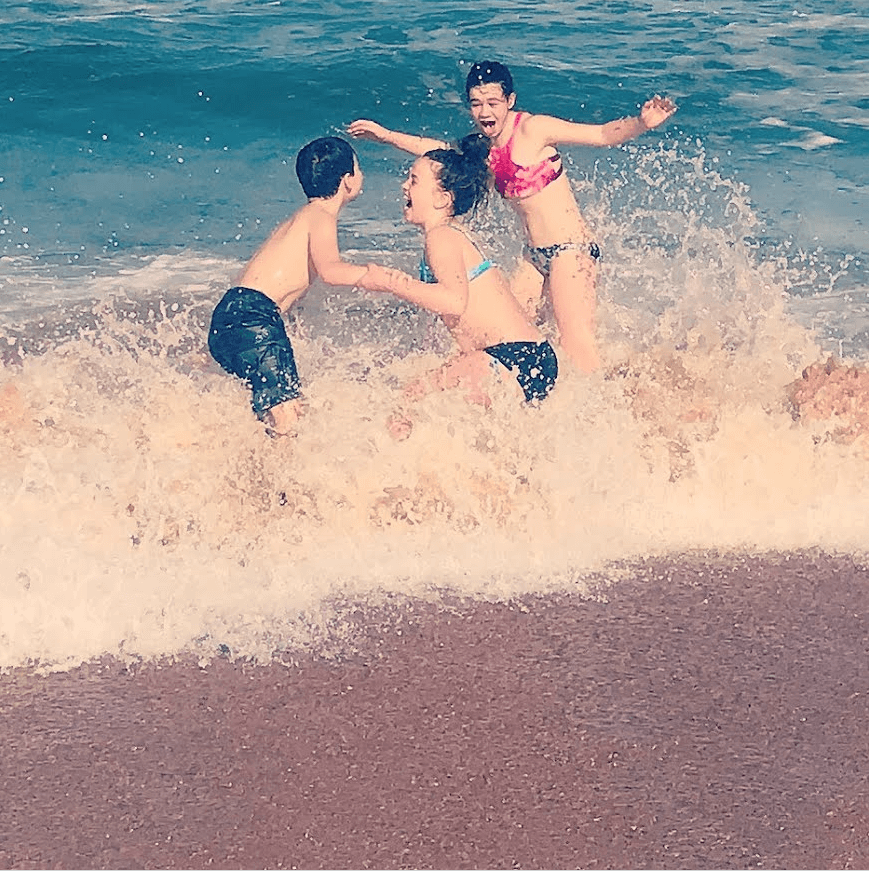 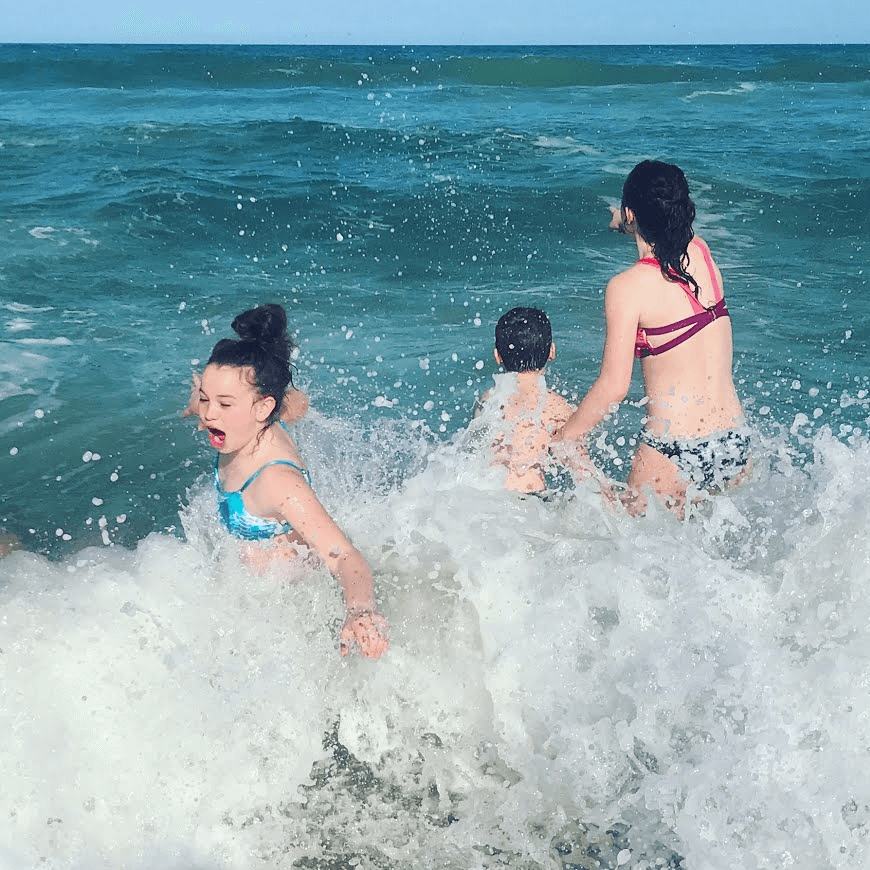 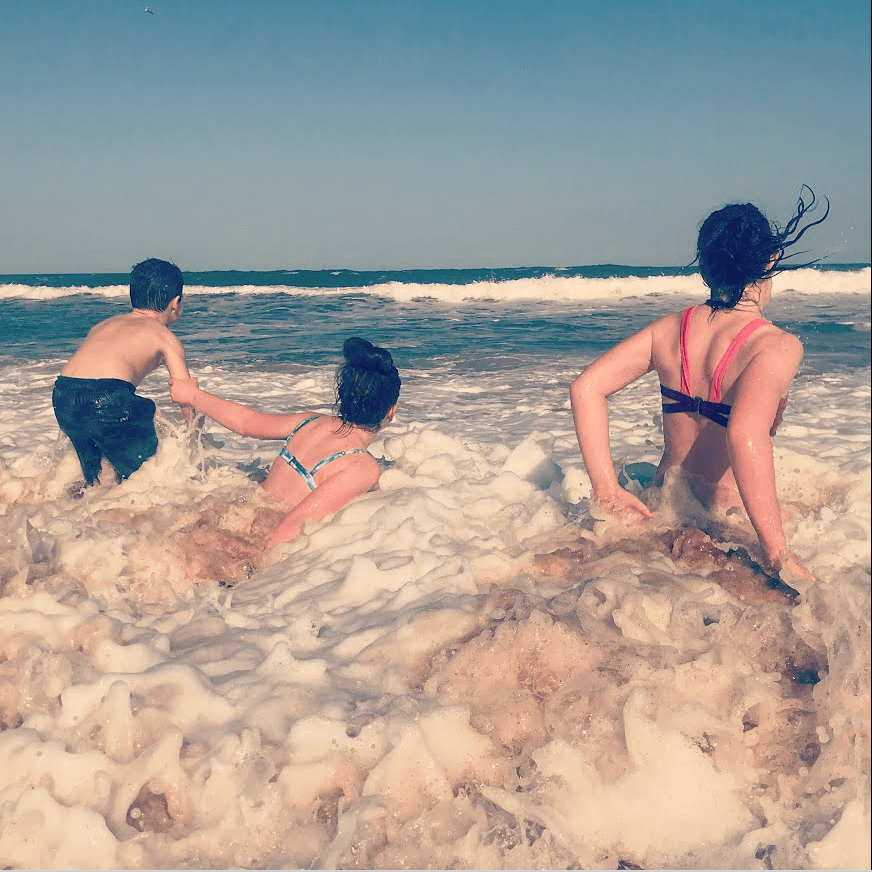 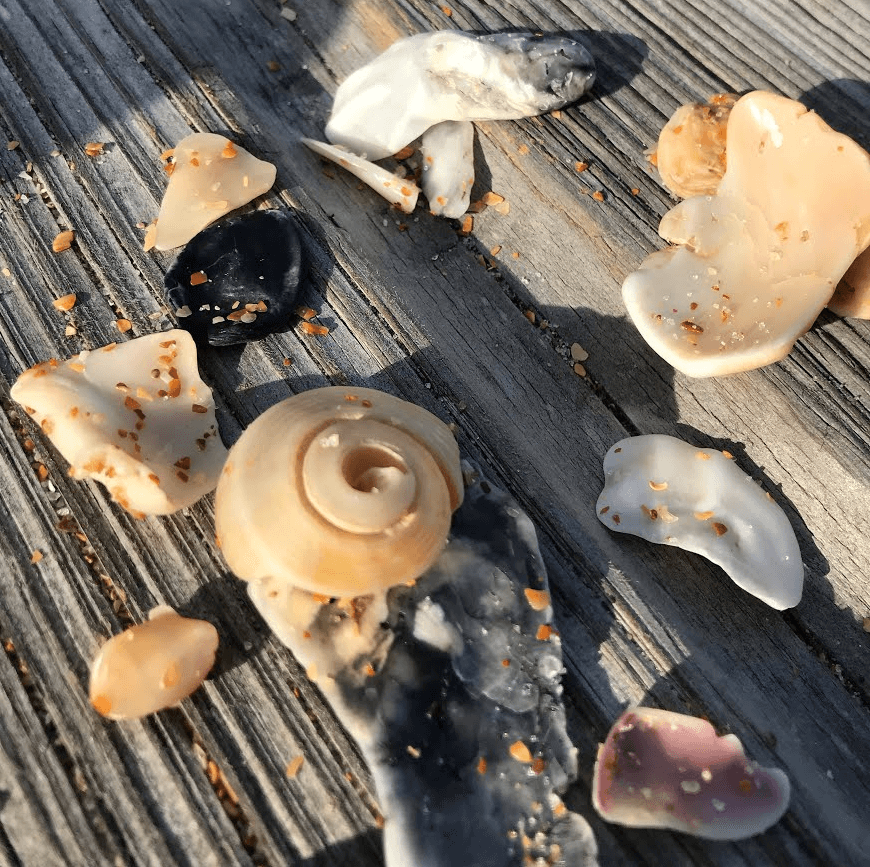 Flagler sea shells and an old torquoise door to the “Funky Pelican.” 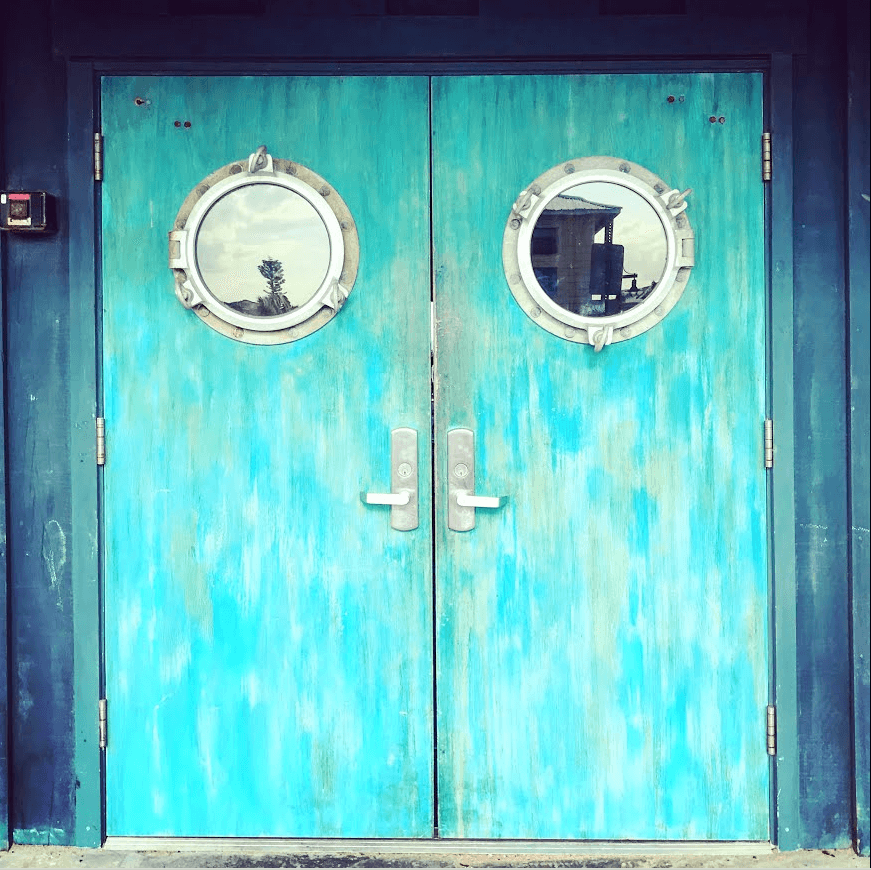 Flagler Beach has an undeniable Old Florida feel to it—a realness that comes from carefully letting things be. Though plenty of communities have gone the way of guarded gates protecting pricey condos, Flagler is tin-roofs, faded paint, and open porches for afternoon cocktails. It’s the sort of place that invites you to stick around! But, we had a destination calling! We piled back in the van as the sun started to lose its heat, salting the seats and floor mats with sticky orange sand. We left Flagler Beach watching kites flying high above palm trees along Hwy A1A. Onto Orlando! 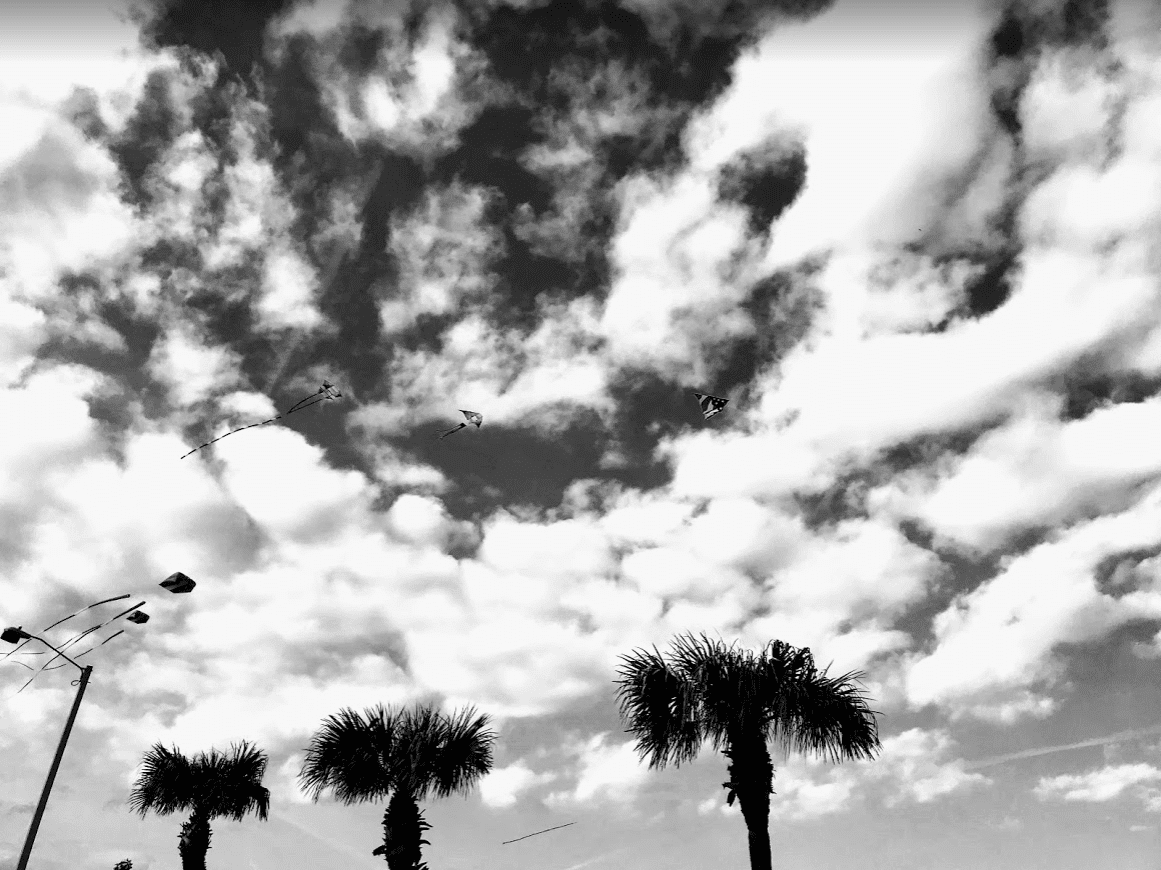 Kites over palms at Flagler Beach.