We opened and closed Hollywood Studios. The girls got signatures from famous Disney characters, including Chip and Dale, Goofy, Pluto, and Phineas and Ferb! Grey was too shy to get any signatures until he saw Phineas and Ferb. Phineas got a big hug! 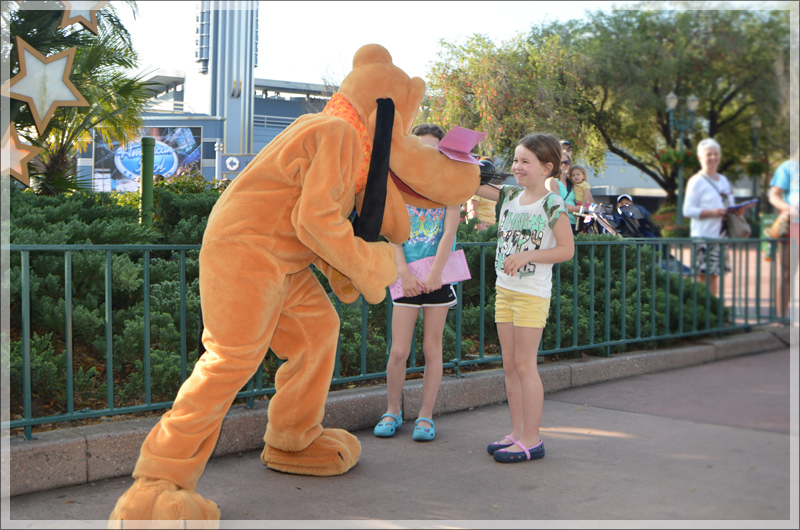 We saw how stunt doubles do their thing in Indiana Jones. Evie felt that the fire and big boulders were too realistic… Next, The Extreme Stunt Show, which featured a special appearance by one of Grey’s favourite characters, Lightning McQueen. We also caught The Muppets Show (I love the grumpy old men in the balcony… and Beaker). We also learned how to draw a Disney character at the Art of Animation studio. It’s easier than you think to draw Disney! 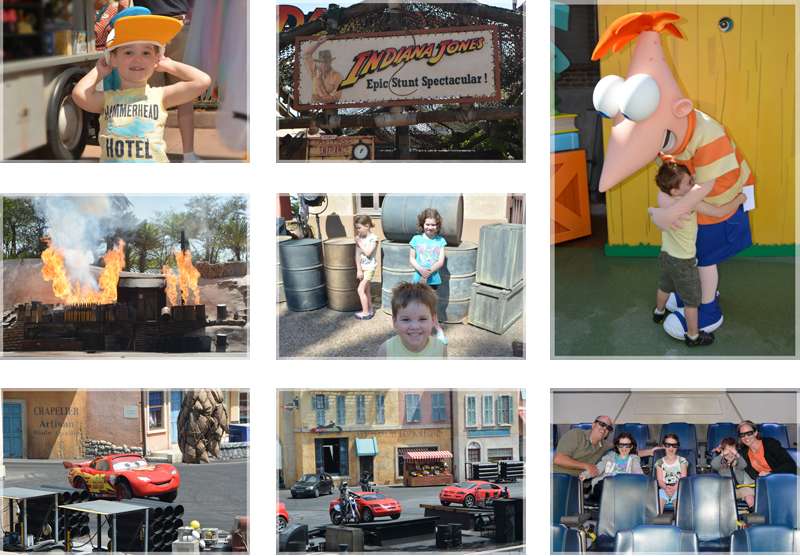 The grand finale was the Fantasmic water and light show—my favourite Disney thing so far! As a very last thing to end the day, we filtered out of Fantasmic by the thousands but then, instead of heading to the parking lot, we dashed to the Star Tours ride to see if we could get on one last time before the park closed. It is a great ride. You climb aboard any of 6 ships, captained by R2D2 and C3PO, trying to escape the Dark Forces. The graphics are amazing and it feels like you are flying in a space ship and firing at the Dark Side. I felt sick when we got off… every time. The girls (our young Padawans) managed to do a Star Tour 4 times, and we closed the ride at 9:25pm. Keenan Crew at Tatoine Traders! 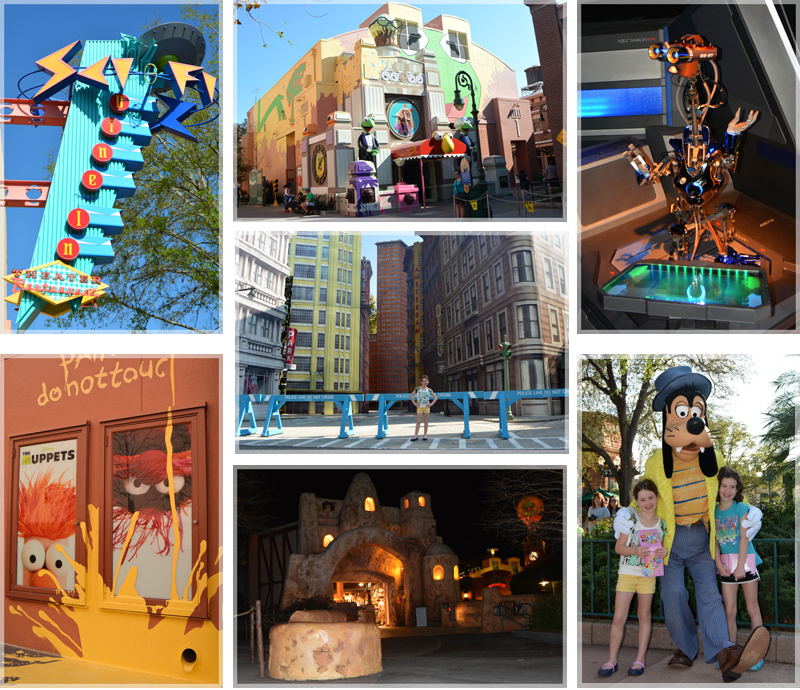